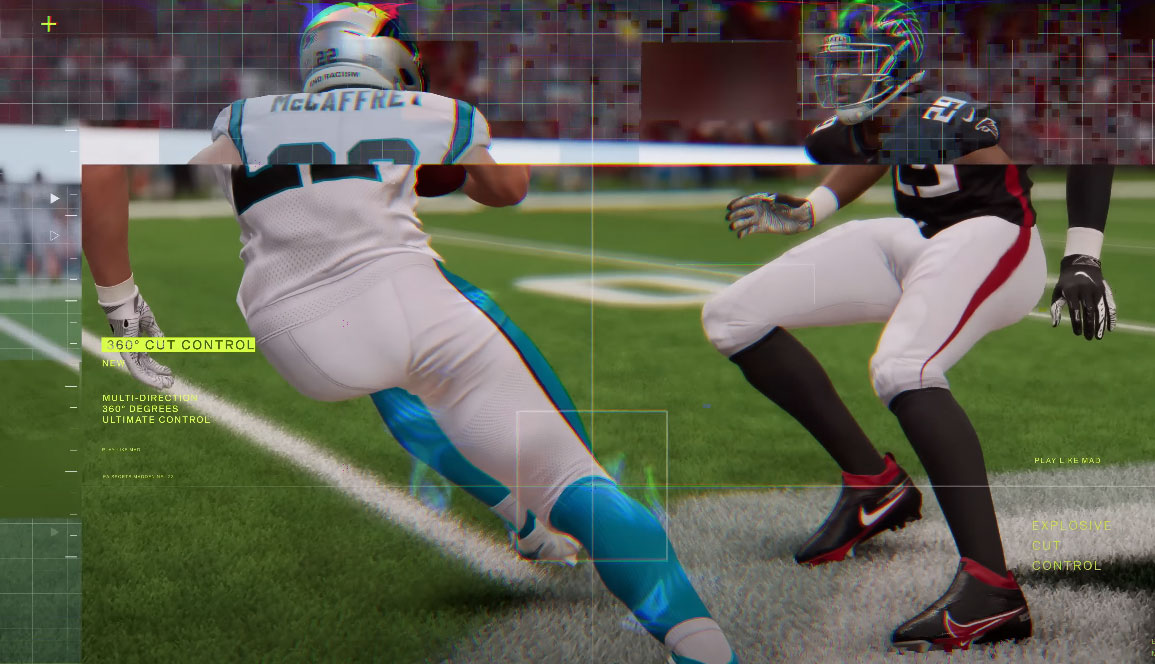 The top 3 things we are looking forward to in Madden 23!

This new feature alone has me excited about the next installment of Madden. I had the opportunity to play the Madden 23 Beta. The best thing to me was the addition of the new Cut button. This button takes the Place of the old button for Show Boating (L1/LT?). At first I didn’t realize the potential of this new feature because while I mix in the run with the pass I’m primarily a pass person. The new defensive covering seems over powered in Madden 23, so I had to run a lot more often. Once I got used to the new cut ability button, I was able to run like Barry Sanders or Le’veon Bell. I was patient to follow my blocks then hit the cut back button and change direction on a dime. It is a very satisfying new feature.

Every year Madden gets a lot do criticism for being just another year of updated rosters, so it is something we all look forward to. It is always great to march out your favorite team and see how improved they are and to try out that new speedy rookie. Fortunately, while there is a lot that is the same year after year, this year is more than just a roster update. With such big changes like Tyreke Hill on the Dolphins, Russell Wilson on the Broncos, and Devante Adams on the Raiders, it is going to be fun to see who the new meta team is going to be early on (my money is on the Dolphins).

Madden has sought to improve the defensive coverage this year. They made the A.I. far more aggressive, the DB’s are far more tighter with coverage, and there are not going to be a lot of wide open receivers this time around. Is this an improvement? It is a give and take. Madden has been more of an arcade experience even though it is called a simulation. With tighter coverage and better Defensive AI this year this should in theory force players to get far more creative, rather than using the same cross patterns or broken plays over and over, and over, and over again.