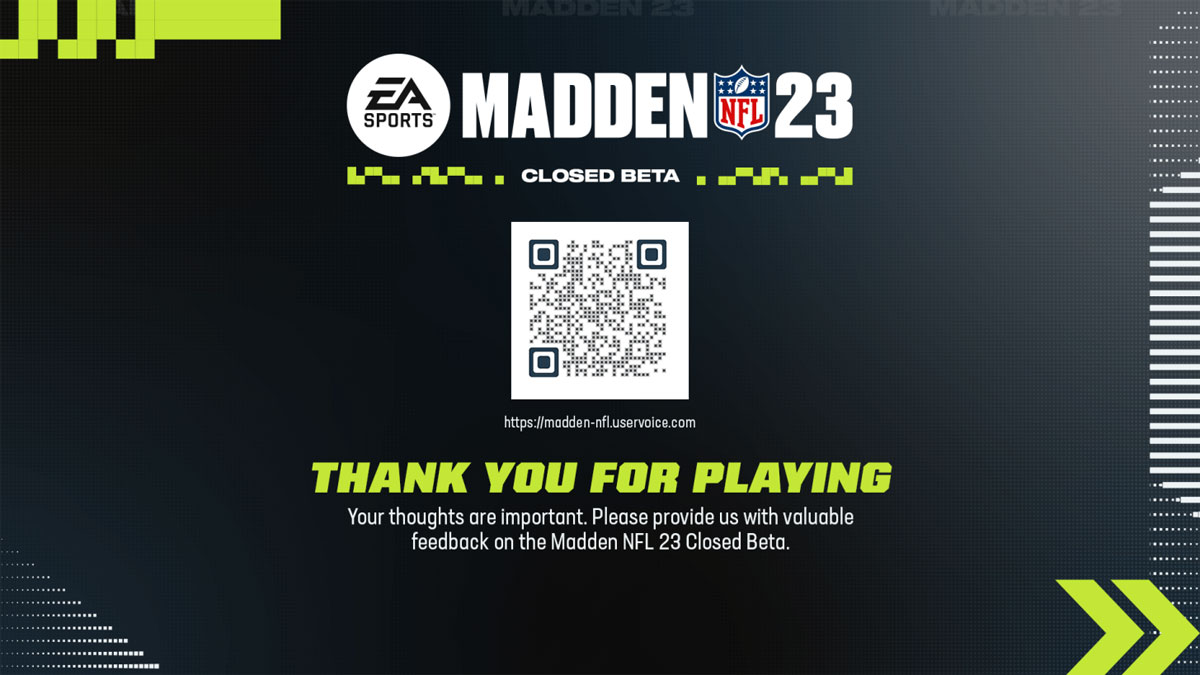 How to Get Beta Codes in Madden 23

Coming 🔜 to the #Madden23 Beta

Note: The NFL Player and Rookie Ratings throughout the Madden NFL 23 Closed Beta have been scrambled and are not final.

How to Leave Feedback for Madden 23 Beta

All feedback for the Madden 23 Beta can be submitted on the Madden Voice website. The more detailed information you can provide when reporting issues, the better the Madden 23 team can address them.

Below are some questions to think about when reporting an issue or providing feedback: